Y'all It Is Happening

My friends and I are kind of freaking out.

We are all writing short stories for this anthology I've mentioned that will be available for purchase, both as an e-book or paperback, starting early next year!

Four of us will be debut authors together in it--and we've been on this long haul to publishing together for a while. Writing regularly for years side-by-side. Cheering each other on. It's so lovely to be doing this together, hand-in-hand. We just got together for our monthly lunch at Et Voila in Washington, DC, this past Friday and had a little celebratory toast as we're getting closer and closer! 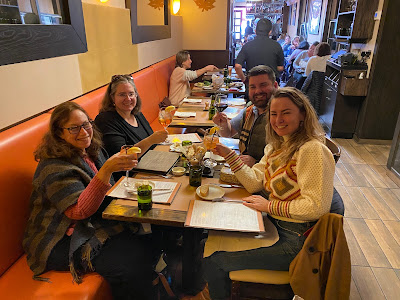 And I'm so grateful to the previously published authors who are also doing this anthology with us and are both great friends and mentors!

With my forthcoming contemporary romance trilogy, I'm still hoping to go the traditionally published route. However, it's fun to have something out that will finally be out there, something to share with the world, while I'm finalizing Book 1 of my trilogy.

It's kind of weird, though, because the FIRST thing I'm putting out is something I've worked on for months rather than years.

And because the first thing I'm putting out is science fantasy romance rather than the contemporaries I've worked on for longer. I've read, watched, and loved fantasy and sci-fi since childhood. The creds are there. I just never envisioned it being the first thing I'd go out with.

And then there's the sex. I knew people would eventually read sex scenes that I write, from relatives to former corporate colleagues. And I knew I wouldn't write "closed door" romance. For those unfamiliar with romance terms, that's when you know the characters are going to have sex, but you don't follow them past that door and have the act described to you. 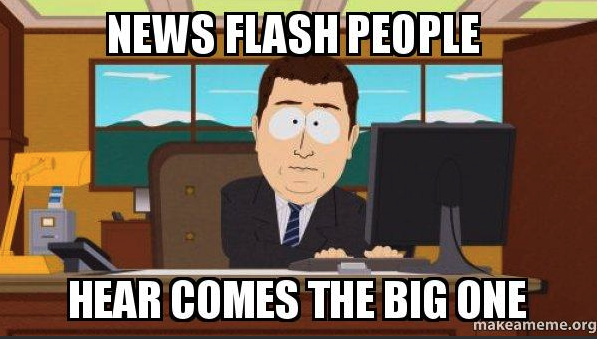 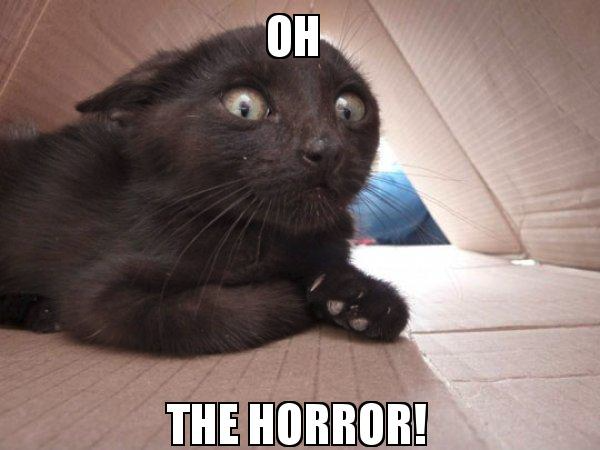 makeameme.org
Anyhow, things are moving along at a rapid clip. I turned in my first draft on Halloween and received my first round of developmental edits early last week. I've until early December to turn the next draft around for copy and line edits.
In the meantime, I've been playing around with a cover for my short story--it won't be what it goes to publish with because that will be the anthology cover. Still, I'll use it to promote my own story within the anthology on social and in my newsletter, etc. I'm dying to share it, but I'll wait until I have the copyright on my story, which is another step I'll need to take soon.
I also need to write my marketing copy, update my "about the author," probably redo and relaunch my website, consider author pics, etc. And then there is the proofreading after the next round of edits. So much to do! But I am thrilled that things are moving so fast all of a sudden!
And, of course, my book is still sitting there, waiting for me to return to it. Knocking on the door in the back of my brain, just asking me to come back to it, to edit it. But I have to successfully complete this short story launch first! 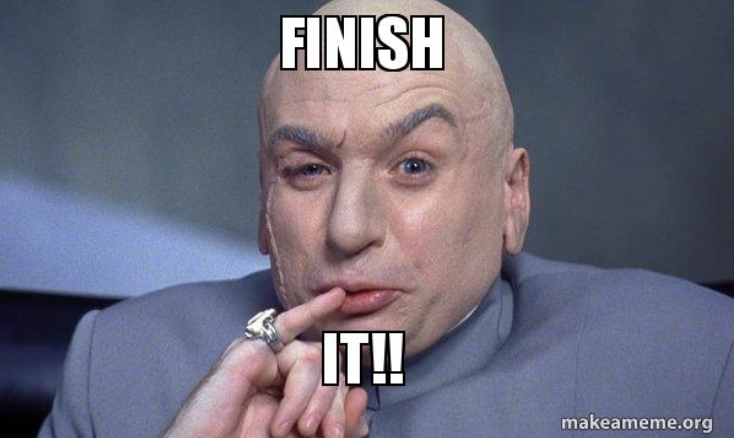 Posted by Skye Knight at 1:03 PM No comments: