I am a full-time writer. 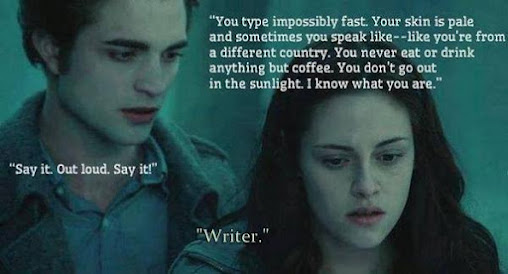 Wow. Did I just say that? For those of you who don't know... it's terrifying. When you've been working in the corporate world for your whole adult life/15+ years, deciding not to keep on the corporate track, to take a swing and follow your dream, it's frankly intimidating. Even when all your closest friends say, of course, this is what you were going to do.

I've been writing fiction in my spare time since 2013. Frankly, through Nanowrimo, I wrote my first book in about 6 weeks. I was pregnant with my eldest daughter, trying to hide out from my friends who would immediately call BULLSHIT if I wasn't drinking, and was like, well, I guess I should write that book I've always said I dreamed of writing. In 5 weeks, I cranked out 50,000 words. In January of 2014,  I wrote the remaining 10K.

I pitched agents/editors, and I had a lot of positive responses. But I also made many rookie mistakes, taking too much feedback, making my book a Frankenstein of what it was, losing my voice. Editing and re-editing the same book over and over and over. But I was learning. Getting stronger and better.

Meanwhile, I was a TV Executive running business strategy, then marketing, had two babies, renovated two houses, moved, lost parents, all the life things. Some weeks I'd do nothing with my novels. Most weeks, I'd get in 1-2 hours with my BELOVED Wednesday Night Writes writing group. Those people held me up. I may not have been doing much... but I was putting in an hour, maybe two, towards my dream. I wasn't giving up on it.

I worked at my corporate job for longer than my primary and secondary educations combined. Pretty much all of my adult years were spent there, minus a few shorter (but AWESOME I love y'all!) stints elsewhere before.

I talked to my career coach, to whom I have to give major props. She was like, are you serious about writing? You've been writing since 2013. And I was like, um, yeah, I've been a little busy. But later in our conversation, she started talking about beta readers and what feedback to guide them with, and I was like, wait a second, you seem to know what you're talking about. And she was like yes... I work with published authors. This felt like a fulfillment of destiny, a "meet-cute" sort of scenario, where we both learned okay... now we can see eye-to-eye.

I was weighing the idea of launching my own freelance business but she urged me to go after my dream. She was like, you can launch that business in two months. But give your dream a real run for its money. Give it a real chance.

It was one of the most liberating pieces of advice anyone has ever given me.

I posted to my personal social accounts about this new chapter of my life... partly to help manifest my destiny because who knows what claiming your intentions publicly might lead to? Part of it was to hold myself accountable, so if people ask how your trilogy is going, well, it better be going. And part of it was to close the previous chapter of my life and let all my friends know this is my new life. I'm a full-time writer. And this is how you can support me. Follow me here: https://linktr.ee/skyeknightwriter.

My goal is to post once a week on Sundays. But I won't let it get in the way of my writing. Thank you for following along on my journey. I truly hope I write books you love. That's my ultimate goal. 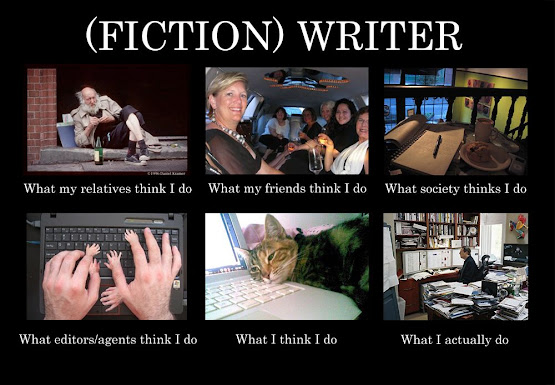