Okay I bought a domain name. So that means it's time to get serious about this blog right? ;)

So here's the update on where I'm at in my writing process. I joined RWA, WRW and MRW in the summer of 2013. I attended workshops, formed a critique group, and brainstormed on the plot I've been brewing on for awhile. Then, I found out I was pregnant in October. With the upcoming NanoWriMo and a SavvyAuthors Entangled Smackdown coming in November, and the fact that if I was around my friends and not drinking they'd realize I was pregnant, I decided it was finally time to bunker down, go into recluse, and write that book. And I did! I wrote the minimum 50k words in November, I took a break over the holidays, and then wrote the final (ha, ha) 12k words in January, wrapping up with a 62k novel, part of a larger planned contemporary romance trilogy. It's tentatively titled: "A District Darling Love Story: Growing Spaces".

I went to the WRW annual conference in April, pitched a few editors and an agent, and two editors and an agent were interested! However, they all expressed they were in no rush to see my manuscript--to send it when I was happy with it. I also had found out earlier that my Team Bliss had won the Entangled Smackdown--all of us could submit our manuscripts for review by Entangled editors, and at least one would get a contract! My only problem was that I had to enter with the Bliss line, and my book was more along the publishing house's Indulgence line.

Late June happens upon me and I have my first baby, a little girl we'll call "Star". She is so awesome and we just celebrated her first birthday this past summer. 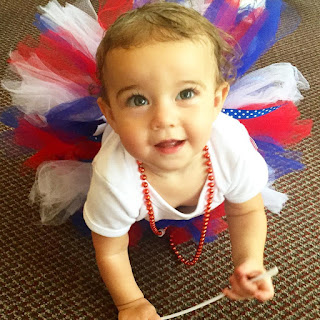 But let me tell you... those first days, weeks, months... they're a doozy! I didn't know what I was doing, just learning on the job. I didn't touch my book for many months. Then, next thing you know, January comes along, and for a variety of reasons I won't go into here, things start rolling again. The two editors review my book, and both have edits, but are willing to take resubmissions. The agent passes on it. The April WRW conference is coming... and I know I need to go again, and get re-immersed. I go, have a wonderful time reconnecting and making new author friends, and I pitch four editors, all of whom express interest in my manuscript! No time deadline again (this is becoming a bad thing for me). And I form a friendly relationship with a couple agents and some of those editors by offering to handle VIP rides.

So I head back with hopes high to really get this manuscript done and out... and yet... part of my problem is I feel that the first part of my book is just too slow. I feel that as a reader, I wouldn't stay up late flipping pages... pretty big problem. Some of my writer colleagues and I had discussed our plot problems at the conference, so luckily one of them makes a plotting party happen at the Busboy's and Poets! And the writers who were there helped me so much--particularly with the tip to constantly think "raise the stakes!" With some new plot ideas in hand, I'm ready to take it on--but I need to finish re-plotting my whole book... in order to see how to wind in the threads of these new plot elements. So that's where I'm at! My new goal is to have this manuscript completely edited and ready to submit to some beta readers before the Thanksgiving holidays. Then, hopefully I can get feedback and edits done over the Christmas holidays, and have my manuscript ready to resubmit to editors by end of January and start on my next book in February. I really, really need to get started on a second book, and I know that. I've been sitting on this first manuscript for too long.

Lately, one of my non-writing concerns, but more writing career focused concerns has to do with the social media world. I have my pen name social accounts... and a lot of my personal friends and colleagues are crossing over to follow it as well. But the problem is... I don't think they really get what they're in for. And part of the purpose of a romance writer's social account is really to partake in things like #FMW. That's right Friday Man Wars, where we send around a lot of pics of dudes, usually not wearing very much. I'm not sure I'm ready to semi-spam all these personal friends/colleagues accounts with these images--and yet it's something romance writers and readers just do. It's part of the fun. But I'm not sure I want to impact their thinking of me in this way. I need to see if there is a way to target my posts--in a way that is easy to execute.

Biggest thing with this blog--I need to learn to just post--and stop being a perfectionist!!! I started this post many months ago... and never posted... and now had to completely revise.
Posted by Skye Knight at 10:39 PM